Microsoft Teams and Cloud PBX: making it work for your business 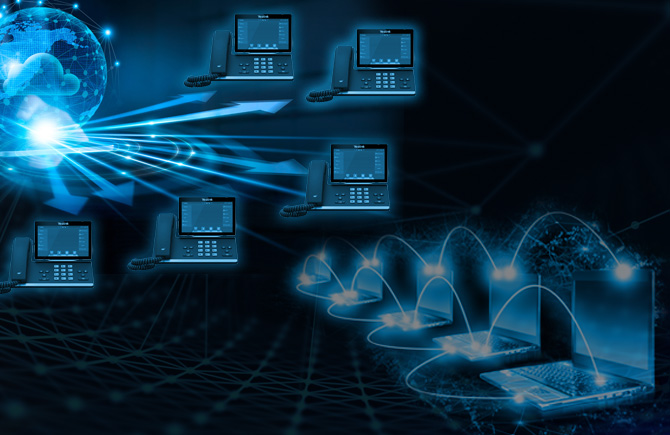 Before choosing Teams as your telephone system, first take a look at how it compares to a Cloud PBX – it is imperative that the bigger picture is considered.

MS Teams has cemented its position as a collaboration and communication tool which has led many to consider whether it can be used for all communication, including telephony. In this case, how does MS Teams stack up against the other contender in the adoption race – a Cloud PBX? The most important thing to understand about MS Teams is that it does not provide telephony out of the box. Yes, you can have a “call” between two people in your organisation, or indeed between more than two people or add video. But none of this is actual telephony. Rather, telephony is the ability to connect to the public telephone networks (PSTN) and to reach someone via a telephone number and talk to them on a phone. You cannot do this natively with MS Teams.

So, the first question you need to ask yourself is, do I need telephony? And do your customers / suppliers / business partners need to contact you via a phone – do you need to call them? If the answer to these questions is no, then MS Teams out of the box will do. If not, then read on.

MS Teams as a PBX

Now that you’ve established that you need telephony it’s time to decide which system is right for you. You have the choice of paying for add-ons to MS Teams or opting for a dedicated telephony system, a PBX. In essence you need to weigh up which is better for how you work and how you need to communicate with your external contacts. This may well be based on a comparison of a long list of features but let’s pick out some of the lesser known, but potentially more important, decision points.

With MS Teams you need two things to turn your collaboration application into a phone system. Firstly, you need the correct feature license, conveniently called ‘Teams Phone’, ‘Phone System’ or sometimes ‘Business Voice’. This is included in the Microsoft 365 E5 package but for every other package there is a chargeable add-on for every user that needs to make or receive a call. Next, you need a calling plan. Without a calling plan, quite simply, you cannot make any calls. But here’s the first big choice. You can either choose a calling plan from Microsoft or from another telephony provider. If you want to use your own provider, you’ll probably benefit from more flexible pricing models with potentially improved audio quality and reliability of your calls.

Turning MS Teams into a phone system is going to be an investment, so it’s probably worth asking what other options are available. There is no ‘one size fits all’ – everyone has different needs. We’re going to focus on telephony delivered as a Cloud service – Cloud PBX, as these services deliver many of the same aspirations that drive adoption of MS Teams.

MS Teams Phone System has most of the same basic telephony features as most Cloud PBX platforms. But some features may not be quite as slick as you’d hope for. For example,  if you want an inbound call to divert to another user or your mobile after so many rings, the shortest time available is 10 seconds. That doesn’t sound long but many people will hang up before that time has passed. Most dedicated PBXs will allow any amount of time, from 1s upwards. When it comes to more advanced features such as call recording, reporting and wall boards, MS Teams is way behind many Cloud PBXs.

The obvious feature of MS Teams is the endpoint – the device that the user actually uses. In an office environment, most people will plug a headset into a PC or laptop and use the PC as the endpoint. This isn’t without issues. From a technical perspective it is extremely difficult to ensure that the audio quality is maintained. The local network is rarely set up to protect the voice traffic. Wi-Fi is often not consistent and simply opening too many browser windows could push computer memory too far making the call unbearable. What about inbound calls and hearing the phone is ringing? Unless all of those PCs are actually turned on (and have speakers) no one is going to hear the phone ring. Adding a handset addresses most of these issues but if this is the set up for you then consider a Cloud PBX – it is better at telephony than MS Teams.

The biggest challenge of Cloud Telephony is its cloud-based nature – the telephony element of the service is by design accessible via the public internet. However, your call quality is only as good as your connection and as we’ve all experienced, the public internet is never consistent. Microsoft do their best to make MS Teams work given these challenges but as they do not provide connectivity they themselves can only offer a solution that depends on calls traversing the public internet. A connectivity option called Expressroute is available, but this will be beyond the budgets of most and relies on your ISP also supporting this feature.

So, in an ideal world you would be able to connect to your Cloud PBX via private connectivity, thus avoiding your call traversing the public internet. Therefore, finding a  provider who can provide you with both data connectivity and also hosts the Cloud PBX platform on their own network should be what you are looking for to achieve consistently reliable call quality. Importantly, the connectivity also needs to be suitable to carry voice. Basic or residential broadband is simply too inconsistent. Problems will occur sooner or later. So look for a supplier that can offer a voice approved solution where the circuit is designed to support voice and underpinned with a performance SLA.

The good news is that you can achieve improved call quality with MS Teams by opting for a non-Microsoft calling plan. To use such a plan you need to deploy a little known feature called Direct Routing. This effectively routes your calls via your chosen telephony provider and directs the audio portion of your call directly to your telephony provider’s network (known as media bypass). The added benefit is that just like with a Cloud PBX, your calls no longer need to route via the public internet if used in conjunction with a voice approved data circuit from the one combined telephony and internet service provider.

And finally, it’s entirely possible that there won’t be a one size fits all across your business. Some functions may be better supported with MS Teams while others (for example a call centre) may need features that a Cloud PBX can better support. This is possible but does add an extra layer of complexity. Some PBX solutions offer “integration” with Teams but actual functionality varies. Take special care to what this means and whether it actually provides any benefit. Alternatively by using Direct Routing, your telephony and Cloud PBX provider could provide a  service enabling you to route calls seamlessly between your Cloud PBX and MS Teams at a network level. This gives further benefits such as being able to have a single block of public facing telephone numbers split across the two platforms. To the outside world you operate a single phone system, however the end user chooses to communicate is irrelevant to how someone can get in touch.

Ultimately your choice should be based on delivering the best combination of voice quality, functionality and cost that suits your business. Whether your feature requirements lead you towards MS Teams, a Cloud PBX or a bit of both – it is imperative that the bigger picture is considered and not just the features.

Choosing a provider that offers the complete package with all the quality boxes checked will always be the best route to take.

← Prev: 5 Considerations when upgrading to an IP phone system Prev: Switch on to the Switch Off: The 4 Ways Your Business Can Get Prepared →
We use cookies on our website to give you the most relevant experience by remembering your preferences and repeat visits. By clicking “Accept”, you consent to the use of ALL the cookies.
Cookie settingsACCEPT
Manage consent

This website uses cookies to improve your experience while you navigate through the website. Out of these, the cookies that are categorized as necessary are stored on your browser as they are essential for the working of basic functionalities of the website. We also use third-party cookies that help us analyze and understand how you use this website. These cookies will be stored in your browser only with your consent. You also have the option to opt-out of these cookies. But opting out of some of these cookies may affect your browsing experience.
Necessary Always Enabled
Necessary cookies are absolutely essential for the website to function properly. These cookies ensure basic functionalities and security features of the website, anonymously.
Functional
Functional cookies help to perform certain functionalities like sharing the content of the website on social media platforms, collect feedbacks, and other third-party features.
Performance
Performance cookies are used to understand and analyze the key performance indexes of the website which helps in delivering a better user experience for the visitors.
Analytics
Analytical cookies are used to understand how visitors interact with the website. These cookies help provide information on metrics the number of visitors, bounce rate, traffic source, etc.
Advertisement
Advertisement cookies are used to provide visitors with relevant ads and marketing campaigns. These cookies track visitors across websites and collect information to provide customized ads.
Others
Other uncategorized cookies are those that are being analyzed and have not been classified into a category as yet.
SAVE & ACCEPT